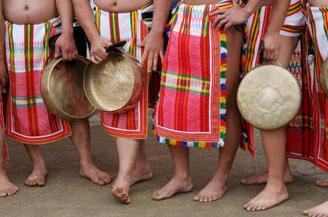 1. Gangsa is a single hand-held smooth-surfaced gong with a narrow rim. A set of gangsa, which is played one gong per musician, consists of gangsa tuned to different notes, depending on regional or local cultural preferences. The number of gangsa in a set varies with availability, and depends on the tradition of a particular ethnic group of the Luzon Cordillera: Kalinga, Ifugao, Bontoc, etc.Among the Kalinga people in the Cordillera region of Luzon Island, the gangsa is played in two ways. One way is called "toppaya" and the other is called "pattung." In "toppaya" style, the musicians play the surface of the gangsa with their hand while in a sitting position, with a single gangsa resting on the lap of each musician. In the "pattung" style, a gangsa is suspended from the musician's left hand and played with a padded stick held in the musician's right hand. In the "pattung" style of playing, the players are standing, or they keep in step with the dancers while bending forward slightly.
(http://en.wikipedia.org/wiki/Gangsa) 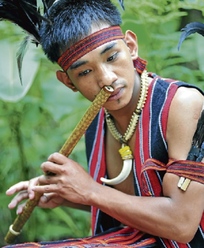 2. Kalaleng or Tongali (nose flute)  Because the kalaleng is long and has a narrow internal diameter, it is possible to play different harmonics through overblowing—even with the rather weak airflow from one nostril. Thus, this nose flute can play notes in a range of two and a half octaves. Finger holes in the side of the bamboo tube change the operating length, giving various scales. Players plug the other nostril to increase the force of their breath through the flute. (http://en.wikipedia.org/wiki/Nose_flute)

3. Tongatong is a bamboo percussion instrument used by the people of Kalinga to communicate with spirits during house blessings. It is made of bamboo cut in various lengths. When you hit it against soft earth a certain drone reverberates though the instrument's open mouth. When an entire set of Tongatong is played in interloping rhythm and prolonged with the tribal chanting, it could put the audience and the dancers in a trance. (http://philippinesheritage.ph/filer/toledo-cebu/Cordillera-Musical-Instruments.pdf) 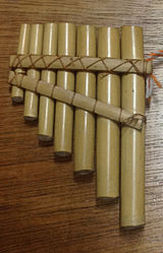 4. Diwdiw-as is 5 or more different size of slender bamboo that
is tied together. (http://philippinesheritage.ph/filer/toledo-cebu/Cordillera-Musical-Instruments.pdf)

5. Saggeypo it is a bamboo pipe that is closed on one end by a node with the open end held against the
lower lip of the player as he blows directly across the top. The pipe can be played individually by
one person or in ensembles of three or more. (http://philippinesheritage.ph/filer/toledo-cebu/Cordillera-Musical-Instruments.pdf) 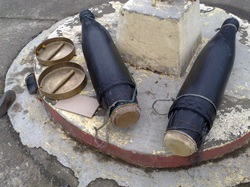 6. Solibao is hallow wooden Igorot drug topped with pig skin or lizard skin this is played by striking the drum head using the palm of the hand.
(http://philippinesheritage.ph/filer/toledo-cebu/Cordillera-Musical-Instruments.pdf) 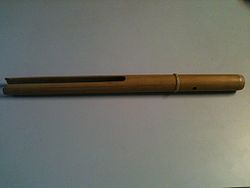 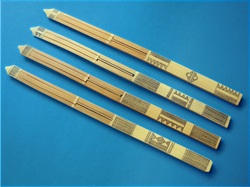 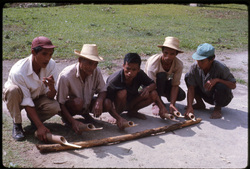 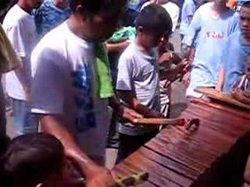 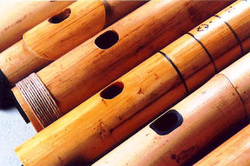